A Brother For Kimber!

Stop Press!  Kimber has a brother in Edinburgh!  A half-brother, but a brother no less.  Everyone, meet Pesos!!

Pesos is super cute and Kimber adores him.  We met him for the first time on Saturday and they had a ball together.  Kimber took to him immediately.  They played, they ran, they tussled, and Pesos was quite bossy.  Which Kimber seemed not to mind at all.  Here they are, playing as if they’ve known each other all Kimber’s life! 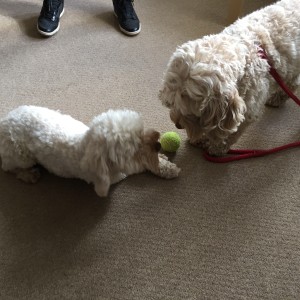 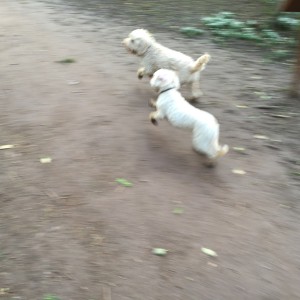 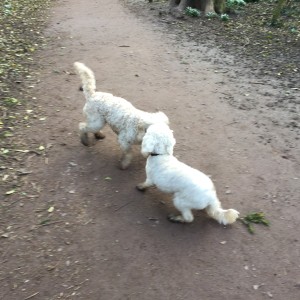 As if this isn’t all just the most excitement ever, there’s more great news!  Because the lady who looks after Pesos most days, is getting her very own puppy.  And that puppy is Kimber’s full and proper wee brother!!!  Kimber’s going to have two brothers in Edinburgh!!!!!!!!!!  Can you tell that we’re just a little bit excited by this?!  Well we just can’t wait to meet this little ball of fluff.  He’s called Bernie, and Kimber’s very excited about teaching him all sorts of things.  Although I think she and Bernie are just going to have to accept that Pesos is the leader of this pack!! 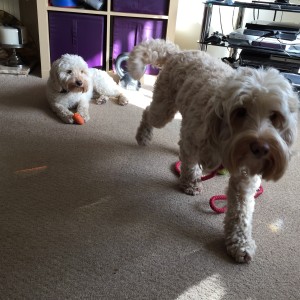