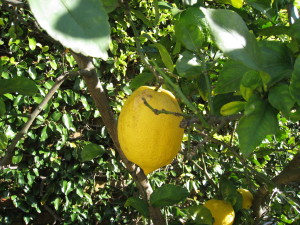 I was introduced to juicing about five years ago when I was recovering from a chronic illness that left me bereft of energy. I was assured that this would be a natural way to boost my vitality, so I bought an easy-to-use juicer that required minimal preparation, and started to make some of the recipes from the book that came with it. I was an enthusiastic beginner. I made a juice to accompany my breakfast, and another that I took to work and kept in the fridge for when my energy began to wane.

But after a while my enthusiasm joined my energy. If my morning routine was disturbed even slightly, it would spell disaster for the cleaning of the juicer. I would be reduced to letting it hog the upper part of the dishwasher, which meant glasses or mugs were left on the sidelines. After what must have been an age of sitting idly on the work-surface, the juicer crept silently into a cupboard for a very long sleep.

And then, just like sleeping beauty, a handsome prince came along and woke the juicer from its seemingly interminable sleep. My coach published a book on green juicing, and I was intrigued. It seemed that all anyone could talk about online was ‘green juicing’. I had no idea what it was, but it was being mentioned in the same sentences as ‘miracle’ and ‘life-changing’ so I bought the book. And found out that ‘green juicing’ is pretty much what I’d been doing all those years ago, but with more vegetables. And so out came the juicer! I lasted longer this time, and had so many health benefits from juicing a wide array of vegetables, particularly beetroot, spinach, kale and cucumber, none of which I’d tried before.

I lasted several months, all through Christmas and well into January. I saw off hangovers and colds and shortened the length of time a bout of ‘flu hung around. But then the cleaning reared it’s ugly head again. Perhaps I am, at heart, a lazy person. Whether that’s true or not, I began to resent the cleaning. It was part of my routine but it began to grate. And I wasn’t happy at all all the money I was spending on fruit and veg, just to get the juice and throw the rest away. Before I knew it, there was a bunch of soggy beetroot at the bottom of my fridge – yuck! And the juicer once again slunk into the cupboard when no-one was looking.